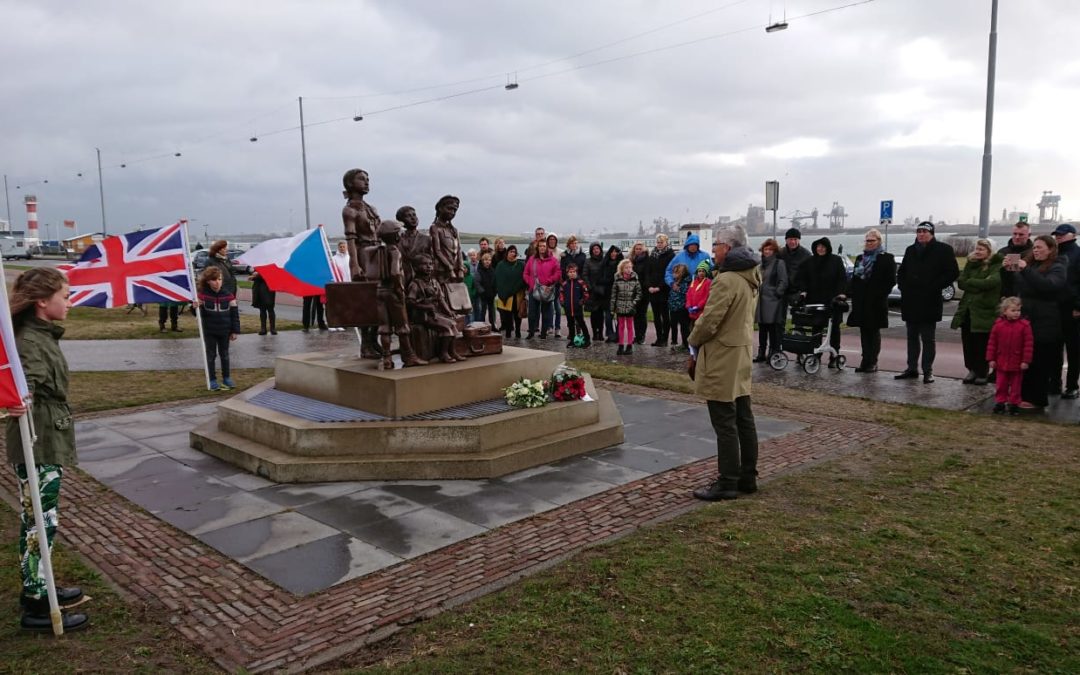 On 2 December 1938 the first Kindertransport with Jewish refugee children arrived at Liverpool Street Station in London. They had left the Hook of Holland on December 1. To remember this occasion 80 years later, small ceremonies were held on 2 December 2018 at the Kindermonuments in London, Hook of Holland, Berlin and Gdansk. The initiative for this came from the Mayfair & Soho Amnesty Group London.