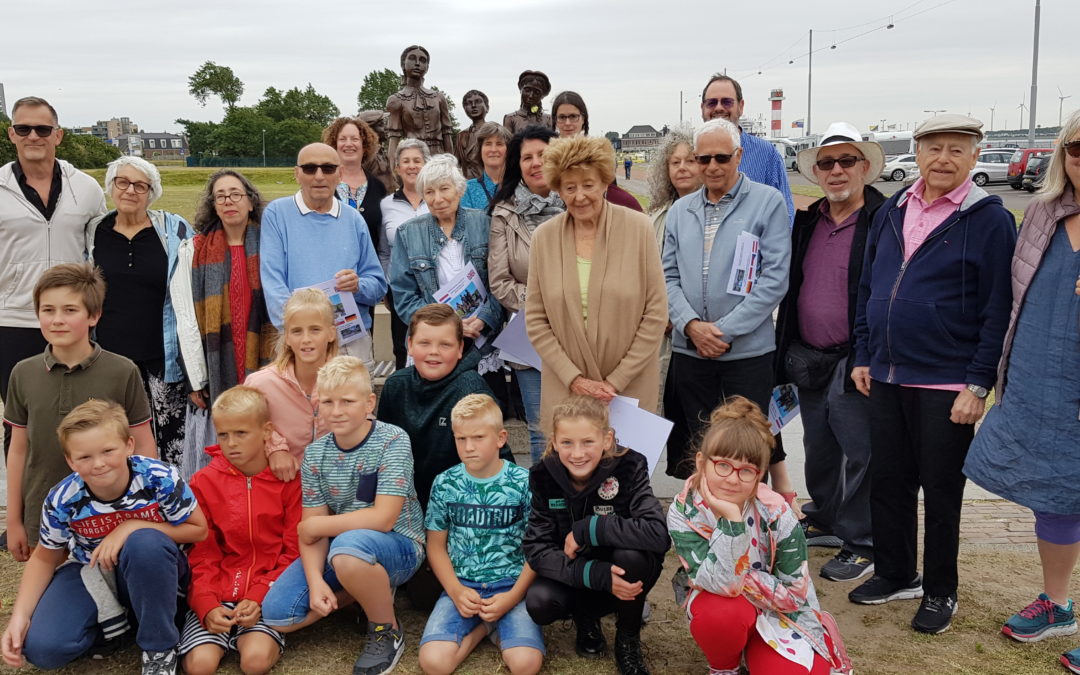 In July 2019 four Kinder (all around the age of ninety) made the journey from Vienna again. They were accompanied by their children and grandchildren. On July 10 they finished the continental part of the journey in Hook of Holland. At the Kindermonument they were welcomed by children of the local elementary school OBS Inova, after which they left for the station and the ferry to England. At the station Mirjam Visser (Historical Society Hook of Holland) told them about the significance of this place, as this was where they arrived at and left from back then.