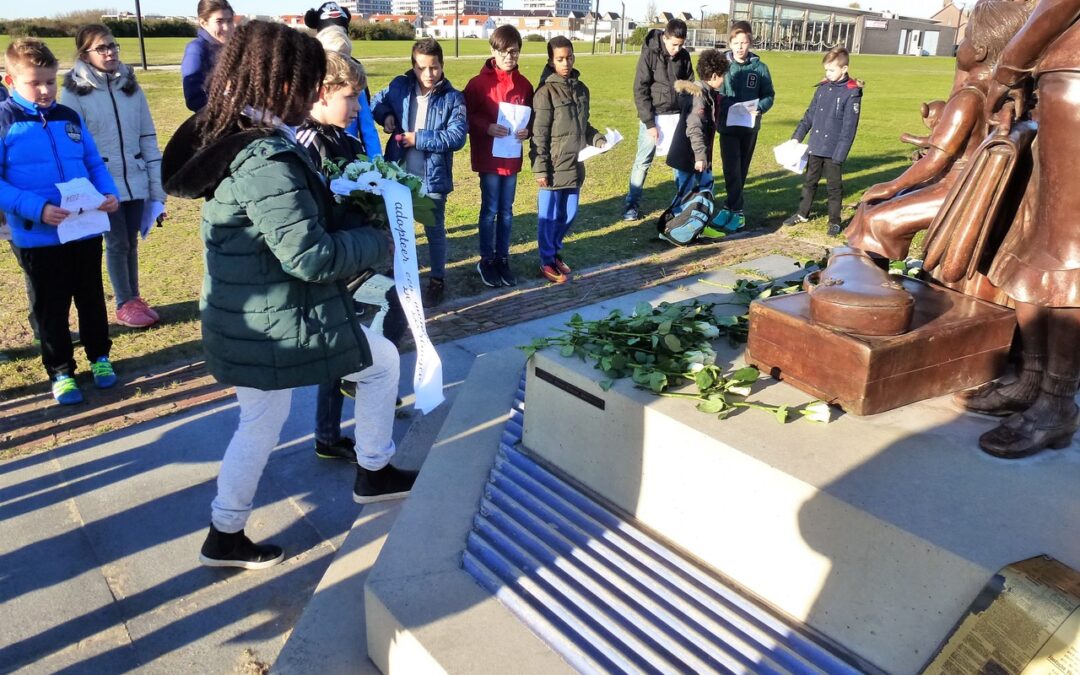 In 2013 the monument was adopted by the Van Rijckevorselschool. Every year since then a group of children holds a remembrance ceremony at the monument led by Ben Blokland, one of their teachers .

They have also been present at other remembrances held at the monument. On 4 May 2017 (the Dutch Day of Remembrance) they talked about this in the Jeugdjournaal (a newscast on national television for children), Klokhuis (an educational television programme) and School TV